We are currently in the process of building a studio in a location where are prospective DJs/Presenters can come in and do their shows.

We are buying equipment suitable for the studio and have ordered the DSL/Broadband connection for the studio in preperation for our January 2013 launch.

The studio will include digital PCs with digital playout software, jingle software and probably CD facilities as well. There will also be a studio mixer, studio microphone and also Skype and Twitter facilities although most presenters would probably prefer to bring along their own laptop as that would have all their own email/twitter accounts installed.

DJs/Presenters will also be able to bring along their own music in either CD format or on their own external hard drive that can be plugged into one of the digital playout systems that we intend to have installed, of they will be able to select tracks from the vast collection that will be installed on our studio system.

Od should they have their own digital playout system that they prefer you use we can patch their laptop into the studio mixer for live broadcast.

This is a really exciting time for London Taxi Radio and for the London taxi Trade and may go someway towards raising the moral of the trade and counter the current problems that our trade is facing. 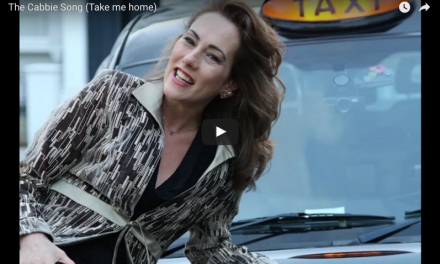 The Cabbie Song by Melinda Hughs